St Columba’s Way – 261 miles – 1 month – Iona to St Andrews. This pilgrimage starts on the historic Isle of Iona, burial ground of the kings of Scotland. From here St Columba – the “Church Dove” revered for bringing Christianity to Scotland – ventured out from his abbey in the 6th century to convert the Picts to Christianity and to confront the Loch Ness Monster!

You first walk along the wild south coast of the Isle of Mull with its spectacular white sand beaches and soaring cliffs. Next is the town of Oban, with good food and a comfortable night before setting off into a wilderness of moorland and hillside.

The little port of Taynuilt is busy with fishermen bragging about the salmon they have caught, then it’s up a steep glen overlooking a sea loch with tall crags on either side. This is “Munro” territory, the name given to the 283 mountains in Scotland over 3000 foot. After much up and down you reach the halfway point at Loch Lyon, nestled in a dramatic glen. Then down into the lowlands and across the “Silvery Tay” river to long, golden beaches which give you the first sight of the vast ruins of the great cathedral of St Andrews.

The Way takes established but not always waymarked paths with ruined medieval castles, quiet glens, welcoming Highland villages, lonely hills, and tranquil lochs. Saint Columba spoke often of “thin places”, where the spiritual world is particularly close at hand – we hope that you find many such “thin places” along this beautiful route.

NB: the beginning section from Iona to Ardura is wild and beautiful; however, if you would like a more straightforward and less cliff-hugging walk, then there is the St Conan’s Pilgrim Way which follows the road route from Iona to Ardura. There are a few difficult bits of terrain to navigate, and the map shows the general route but not a specific path. These difficult sections are marked on the Google Map – for clearer navigation, see St Conan’s website. This way finishes at Dalmally, where Columba’s disciple Conan lived, and where his well still heals. 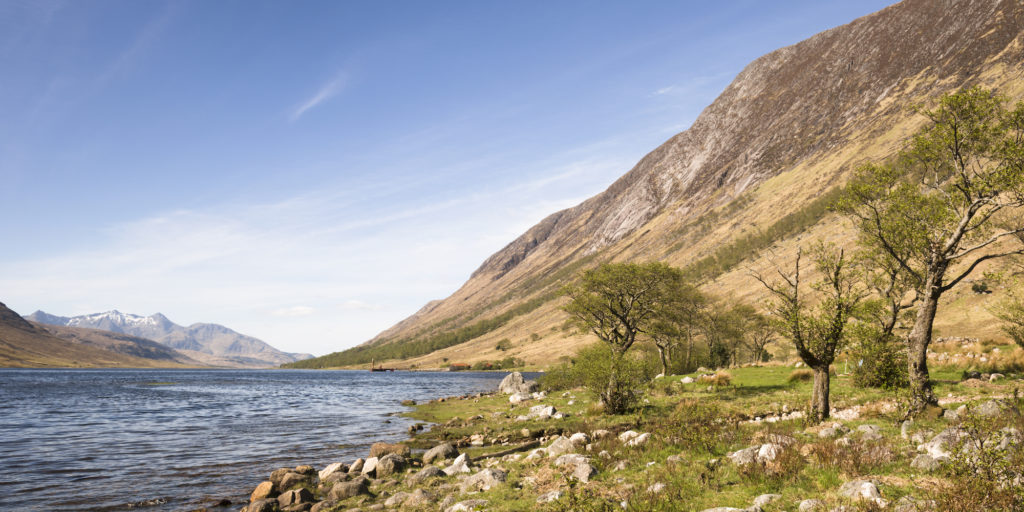